For the 2012 U.S. Presidential Election, CNN partnered with Google to create an interactive infographic and data visualization that would help user understand, from a numbers perspective, a lot of the different stories that were going on in the general election. Using Google technologies and CNN journalistic expertise, I led a team of internal and external designers in the design and art direction of the “Campaign Tracker” which showed data related to travel, ad spending, fundraising, and other benchmarks on a national and state-by-state level. 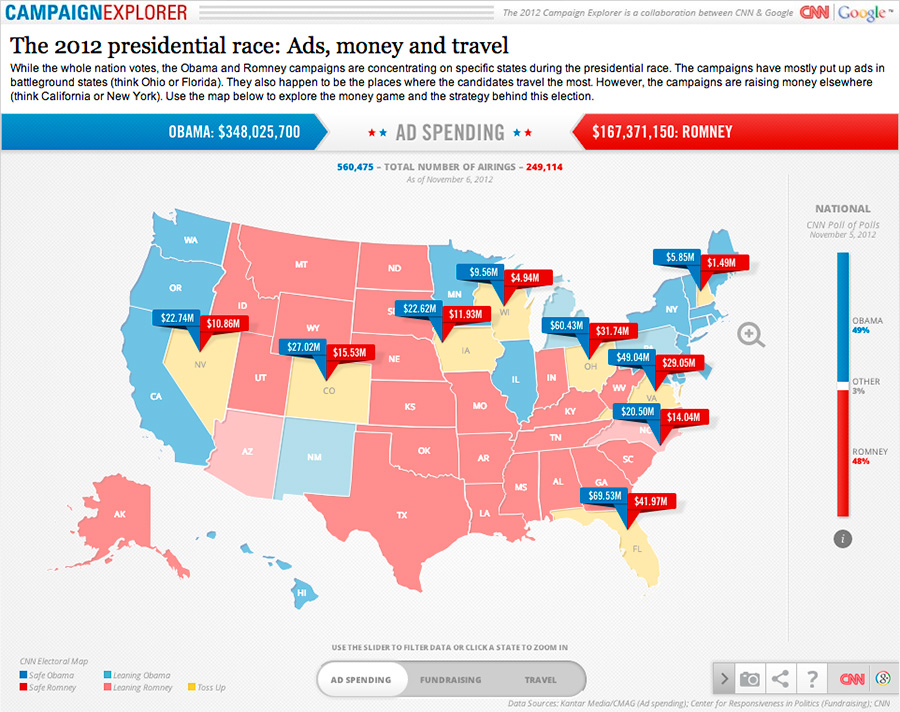 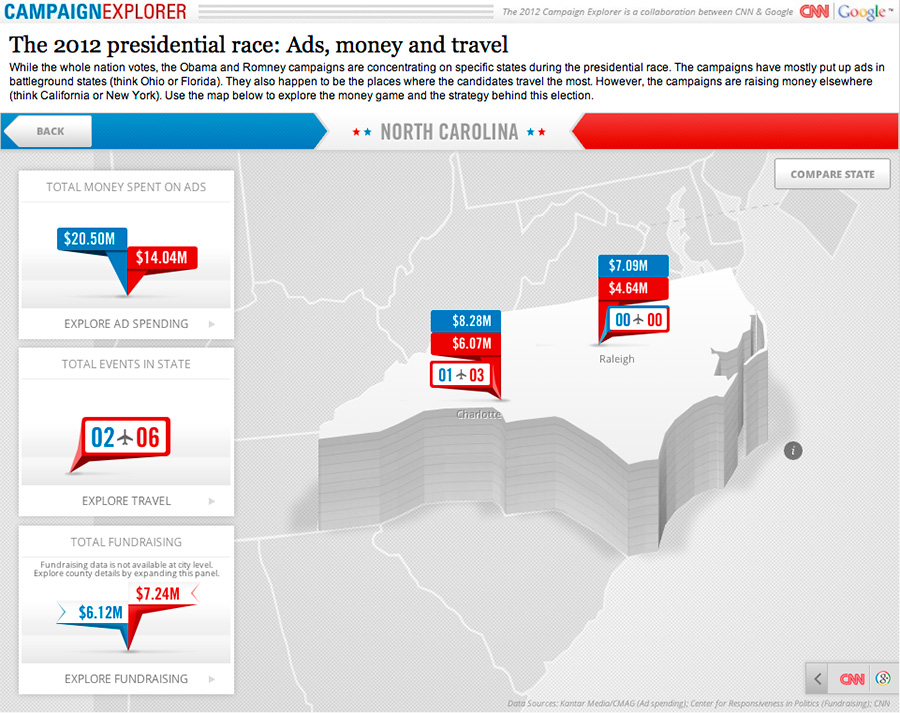 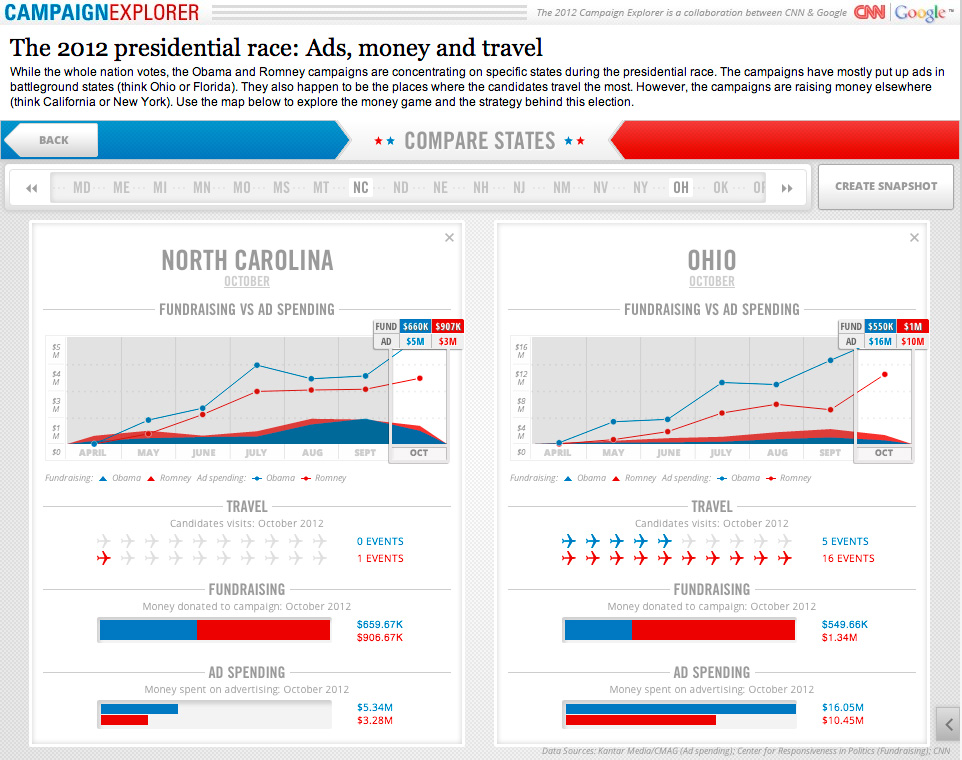