After the fall of the U.S. and world economies in 2008, CNN wanted to track the numbers of a period of many months to see what was getting better and what was getting worse. Bot more than just numbers, we wanted to put faces and names to the downturn in the economy as well. What resulted is this economy tracker that looked at economic data over a 4 year period, and followed several people over a one year period to see how the economy was affecting them at different times. The user is allowed to scrub over the time span to see how things are changing for better or worse and how different regions are affected, and to watch the installments of stories for the different people around the U.S.

Warning: This was developed in Flash so it will not work on an iPad. 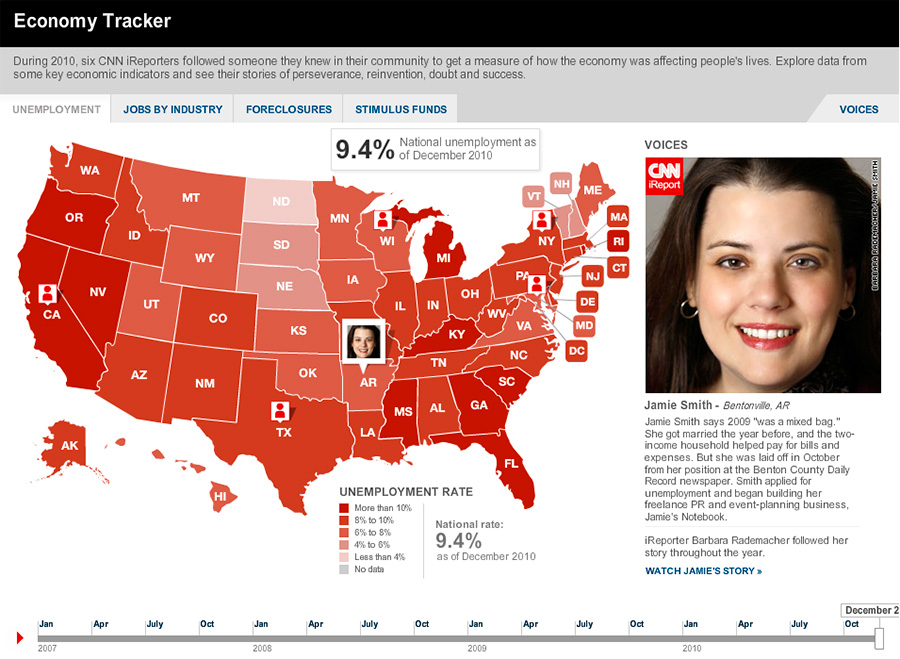 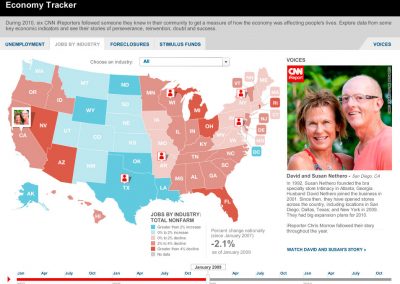 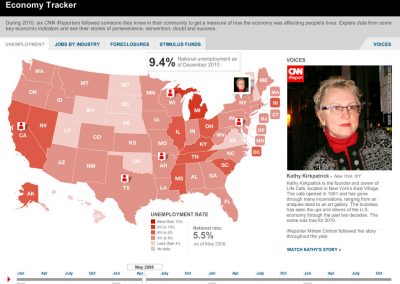 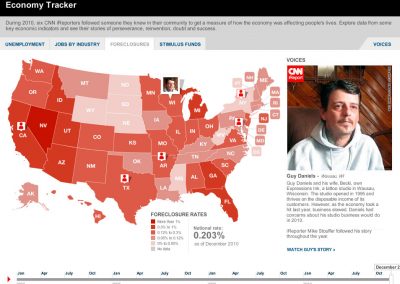 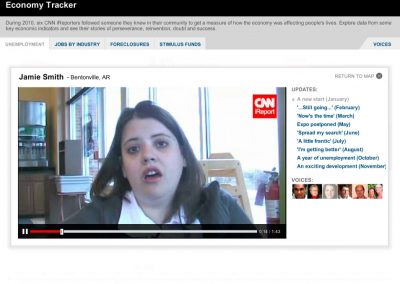