On the road: Brazil by the numbers

When the announcements were made that Brazil was to host both the World Cup and the Summer Olympics, CNN International began a series of stories and reports aimed at performing its audience about many aspects of the culture, economy, history and society of Brazil. I worked with reporters on this special report to create this graphic to serve as an entry point into the series. The data visualization show key demographic, geographic and economic data of Brazil as it compares to other Latin American countries and the rest of the world. We wanted to cast out some myths, and provide better understanding of this country which was soon to have many of the worlds eyes on it during the two massive sporting events it was to host. 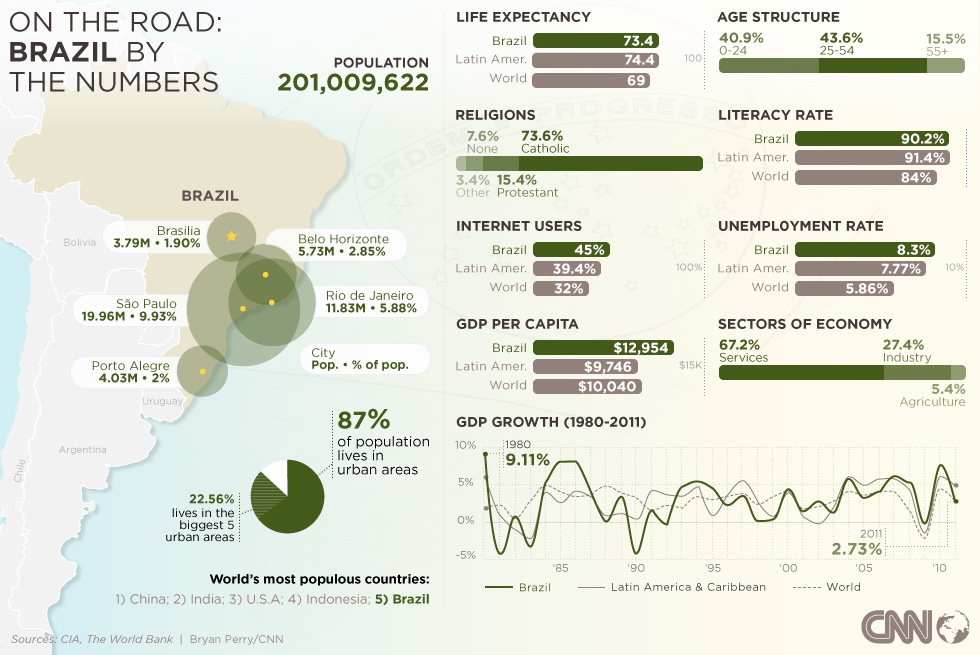